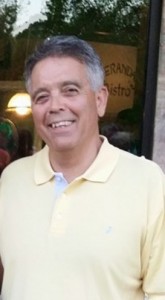 Employee of the Month Interview with Greg Cundiff on Bill Hurd

-What are three words to sum up Bill as a KVI employee?

-Memorable moments or jobs with Bill?

“There is no one job that I would point out. I know that it has been great to work alongside him, especially during the busy parts of the year and how he handles it.”

-Kirby-Vass looks to make sure all of its employees represent the company well with their work and their work ethic. How has Bill demonstrated qualities that represent KVI in a good way?

“Bill does not mind putting in the hours in for the company. He works hard and always puts KVI first in the day to day operations.”

-How can Bill serve as motivation for the rest of our company?

“I go back to the three words that I used to describe Bill: precise, consistent, and fair. I think that is the way all of our employees should be; I believe that his attitude and work ethic will rub off on the rest of the employees.”

-Why Greg Cundiff felt Bill should be nominated for Employee of the Month.
“It’s hard to follow one of the founders of a company as his replacement, but Bill Hurd has done an admirable job doing this. Bill has a CAN-DO attitude, he accepts each obstacle as a challenge and he works through it.”